Sony and Marvel Studios’ Spider-Man: Far From Home has swung past the $1 billion mark at the worldwide box office, becoming the first installment in the franchise to do so, not adjusted for inflation.

Further, it’s only the second Sony movie to become a member of the billion-dollar club behind 2012 James Bond entry Skyfall ($1.1 billion), made in partnership with MGM. And Sony becomes the first studio besides Disney to boast the milestone since Warner Bros.’ Aquaman earned $1.14 billion following its December release.

The summer tentpole accomplished the feat Thursday. Its domestic tally through the day is a projected $333 million, while it has grossed $672 million overseas for a total $1.005 billion.

Spider-Man: Far From Home, starring Tom Holland as the web-slinging hero, is the eighth live-action pic in Sony’s Spidey series and was produced by Marvel chief Kevin Feige and Amy Pascal. It’s a sequel to Spider-Man: Homecoming, which revived the franchise in 2017 and was the previous biggest Spidey pic ($880 million), unadjusted.

Far From Home is the 40th movie to cross $1 billion and the third release of 2019 to do so far behind Avengers: Endgame ($2.79 billion) and Captain Marvel ($1.13 billion), both from Disney and Marvel.

In recent days, Endgame surpassed Avatar to become the top-grossing title of all time globally, while fellow Disney release Aladdin is only a day or two away from clearing $1 billion globally.

Like Loading...
Spread the love
READ  Katrina Kaif is ringing her 36th birthday in Mexico with her loved ones 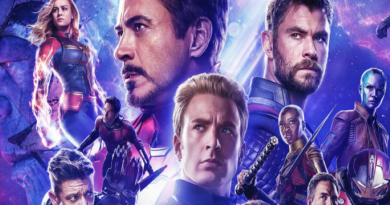 A young fan sent a letter to ‘Black Panther’